“The world will hold its breath…” On June 22, 1941, the German army attacked Russia in the largest land battle the world would ever know. Millions of soldiers and civilians would lose their lives in a vicious life or death struggle that would decide the fate of the Third Reich. The German army came within miles of capturing their main objectives in 1941 and 1942, each time to have victory snatched from them by a micromanaging leader, poor planning, poor supply, bad weather, and a Russian army that was determined to fight to the death. From 1943 onward the fate of Germany was sealed. Now Worthington Publishing gives you the opportunity to replay this great campaign, and perhaps … change history.
HoldFast Russia 1941-42 is our strategic World War II game on the Russian Campaign. It is the first of our Campaigns of World War II series. It uses wooden blocks for fog of war and hex movement. Clean mechanics and a manageable number of units allow for the entire campaign to be played in a evening. Objectives are clear. Hold two of the three victory location cities at the end of the game. But with mud and supplies a constant factor, German armor always a threat, and winter bringing a boost to Russian resources and manpower, it is not easy for either side to HOLDFAST 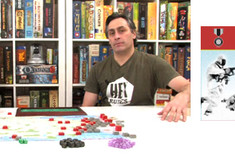 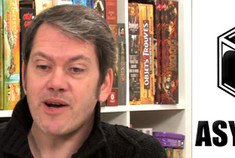