Race to Berlin game portrays the last months of World War II in Europe. In the West, after the landing in Normandy and forcing German troops to withdraw from France, the armies of the Western Allies stand over the borders of the Reich, being ready to get across Rhine. In the East, mighty Red Army preparing itself to final offensive, which goal is the capital of Nazi Germany, Berlin. Both Allies are set for the race to ultimate victory.
Players take role of the commanders of the Soviet and Allied armies competing for prize winners: the capital of the Third Reich. Additionally, they command German armies, standing in front of their ally (player directing the Red Army commands German troops on the Western Front and player, who controls the Western Allies commands German troops on the Eastern Front), whose task is to delay their troops on its way to Berlin. In addition, the players has to seize the strategically important regions of Germany, which later will be administered by occupying troops.
Result of this race creates post-war spheres of influence by the winners of the Second World War, which influence the balance of power during the Cold War. 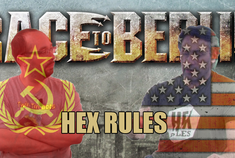 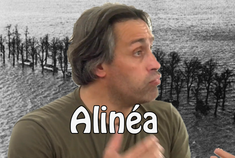